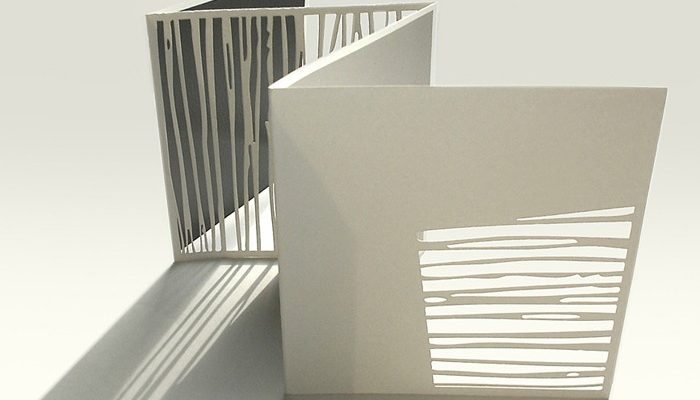 Tom Sowden was awarded an AHRC grant to carry out research into the long-term potential of laser cutting technology for artists. Artists often adapt industrial and digital technologies to work with creatively, as evidenced by the use of digital printing, to create artists’ books and prints. This project would create new methodologies for artists’ creative production methods. As the technology becomes more affordable, laser cutters are a regular feature within secondary, further and higher education. This project aims to explore the potential of the laser cutter as a tool for artists working with the book form and paper-based work, and see how it can replace the need for labour intensive manipulation of paper and card by hand. The project also aims to change attitudes to creative making and increase awareness of the advantage of new technologies for artists/craftspeople.

The laser cutters allow intricate and accurate patterns to be cut or engraved into a variety of materials including paper, card, wood, textiles and acrylic. They are ideal for artists’ books, pop-up books, paper engineering, textile design, jewellery design, stencil making and 3D modelling. Manipulating paper on a laser cutter is being explored within industry, but what remains relatively unexplored is the possibility of using the laser cutter as a creative production tool for artists and craftspeople. One aspect that is unappealing to many artists is that the normal carbon dioxide laser cutter will burn and scorch the edges of the paper. With an investigation into which papers cut with the least amount of burning and by utilising nitrogen instead of oxygen as the cutting catalyst, this should reduce any scorching to an absolute minimum.

As part of this research project Tom Sowden will develop his own practice as a book artist with the use of the laser cutting process. This involves exploring the possibilities of using the laser cutters in conjunction with digital printing to produce accurate cuts and folds within the book, in relation to the printed imagery. Tom will also work with two other book artists who have yet to engage with laser cutters as a creative production tool. The possibility of using the laser as a tool for cutting, scoring, perforating and engraving paper is as yet underutilised by book and paper artists. Many artists use hand cutting and scoring in their work unaware that laser cutters can assist in many of the more mundane aspects of producing editions or unique works. The laser cutter need not replace the handcrafted element, rather run alongside it. This would allow the artist to produce larger editions more effectively and allow the work to be distributed to a wider audience.

The artists will be invited to be a case study resident at the Centre for Fine Print Research, UWE Bristol, and work intensively over a four day period, producing new work that explores the use of the laser cutters. The new work produced on residency will be exhibited at four venues in the UK and Denmark over 2010 – 2011.

To present this applied research within an academic context, the findings of the project will also be published online to allow for greater dissemination and to provoke further discussion and development of the laser cutter as a creative production tool. Collectively the case studies will be written up and submitted for publication as an article in ‘The Bonefolder’, ‘The Journal of Artists’ Books’ and ‘AfterImage’. Free cutting guides, aimed at artists, designers, craftspeople and those in education, will be available as PDFs on the CFPR Book Arts website. A critical essay on the project’s outcomes will also be available on the book arts website as a PDF.

A one-day symposium on Wednesday 15 September 2010 for sixty-five delegates will present the project, demonstrate the process and feedback into the project report. One of the case study artists will also present the work produced on residency and discuss how the process of using a laser cutter impacted on the creative production of their work.

At the time of this project Tom Sowden was an early career researcher, based at the Centre for fine Print Research. Tom is a well known artist and curator of artists’ books and has an impressive list of publications and exhibitions to his credit.

One of the artists in residence during the project, Su Blackwell, has been awarded the Center for Book Arts’ 2011 Bishop Faculty Fellow based in New York. These fellowships are awarded to individuals who demonstrate a commitment to the artistic endeavours in the book arts. The purpose of this programme is to provide opportunities to emerging artists committed to developing careers in the book arts, and to further the growth of this artistic profession. Su Blackwell is an artist and art director, working predominantly within the realm of paper, and is known for her paper sculptures and installations based on fairy tales and folklore. In 2010, Su Blackwell Studios collaborated with Nicole Fahri, London, and worked on advertising campaigns for Cartier Paris, among others. Su exhibited work created at the Centre for Fine Print Research at The Bronte Parsonage Museum in Haworth, West Yorkshire, and in her solo Show ‘Happily Ever After’ at Long and Ryle Gallery in London. She is currently designing her first stage production of ‘The Snow Queen’ for the Rose Theatre in Kingston-upon-Thames. 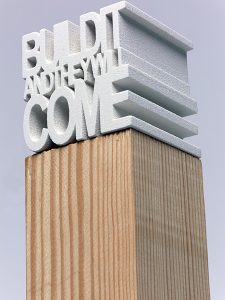 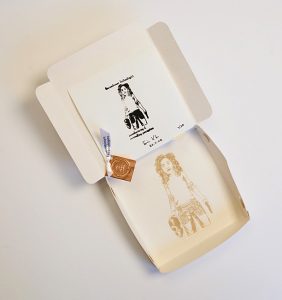 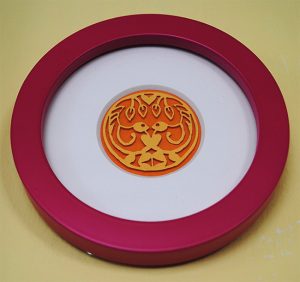 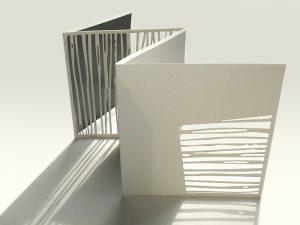 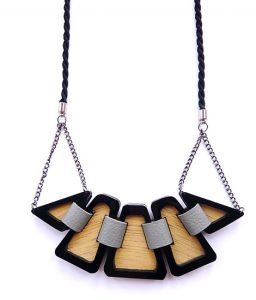 This was a summer exhibition of work from artists and designers in the display cases in Arnolfini bookshop. The work on show was a small selection of the varied work that had been produced by external artists using the facilities and technical expertise on offer at the Centre for Fine Print Research. Much of the work had been produced in the laser cutting studio, which offered an inexpensive bureau service for artists and designers. Alongside these was a selection of work produced in the rapid-prototyping and enamelling studios to demonstrate the variety of outputs produced at the Centre.

‘Drawing with Fire: laser cutting by book and paper artists’, curated by Tom Sowden, was on show at the above venues as part of Northern Print’s 2011 International Print Biennale. This event followed the success of the inaugural Biennale in 2009, which attracted over 95,000 visitors and was the first major project in the UK for 20 years concentrating on the diversity of contemporary printmaking. The Biennale showcases the very best in new British and international printmaking through an extensive programme in of exhibitions, events, activities and an international symposium.

The work on display demonstrated some of the interesting and innovative ways in which the laser cutter was being utilised by artists and designers working with paper. It featured work from national and international artists such as Hyperquake, Ingrid Siliakus, Su Blackwell, Mette-Sofie D. Ambeck, Jenny Smith, Cut Out Paper (Sam Drury), Lesley Dill, Charlotte Hodes, Sumi Perera, Cath Fairgrieve, Sarah Bodman and JP Willis, Angie Butler, Tom Sowden, Priscilla Trenchard, Coo Geller, Melissa Olen and Paul Laidler. The exhibition showcased some award winning work by the project’s case study artists; Su Blackwell and Mette-Sofie D. Ambeck, who each attended a four-day residency at the UWE Laser Studio in order to produce new work. It also included new work by Tom Sowden, the principal investigator on the project. The exhibition had previously been shown at Bower Ashton, UWE Bristol in September 2010, and the AKI AKI/ARTEZ Academy of Art in The Netherlands in January 2011. 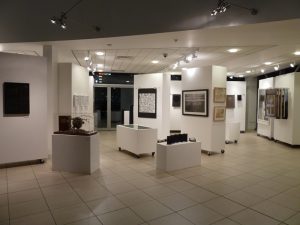 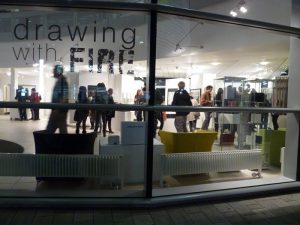 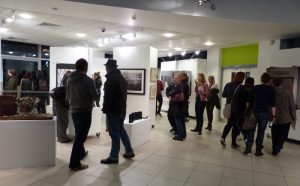 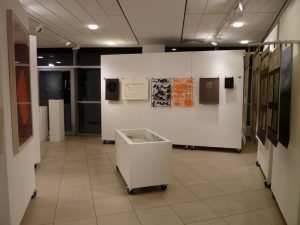