PROJECT DETAILS:
The Photo Relief technique, developed at the turn of the 19th Century, is one of the few methods of ceramic decoration able to reproduce a fully continuous tone image on a ceramic surface by combining the use of varying glaze and clay body depths. Despite its outstanding capacity to create a permanent, highly photographic ceramic image on a ceramic surface, the process was not a major industrial success. The tiles had a hand sculpted relief surface, form dies were used to ‘dust press’ the tiles and coat with a special stained glaze. After the 1940’s, when production finally ceased, much of the expertise relating to the process was rapidly lost.

This project analysed and translated the principles of the process attributed to George Cartlidge of Stoke on Trent into a contemporary context, through the application of CNC milling and modern glaze materials. The research team worked with artists and outputs were exhibited in City Museum, Stoke on Trent, alongside originals produced by George Cartlidge. An article was published in “Glazed Expressions” (the magazine of the Tile and Architectural Ceramics Society) and a series of talks and papers were presented at; City Museum, Stoke on Trent, American Society of Glass and Ceramic Decorators, Nashville and Digital Fabrication conference, Baltimore. This research led to the establishment of the CFPR’s 3D printing laboratory supported by the Science Research Investment Fund (SRIF). 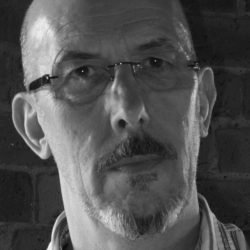