A Print and Photographic Tour Around Lake Ontario

After flying into Montreal and an initial exploration of the photomechanical and photographic print collection of scenes of Montreal on show at the Chateau Ramezy, Susanne and Harrie continued their journey two hours north-west to Gatineau, which was to be their base for the next five days at the studio and darkroom of photographer Paul Elter, to learn wet-plate collodion photography. Paul works at the National Gallery of Canada in Ottawa and the team was treated to an in-depth tour of their jaw-dropping collection of Canadian Artworks. The Gallery has an incredible retrospective of General Idea’s response to politically saturated topics from the late 60s to the early 90s. This moving collection of works addressed many social issues such as media, consumption, colonialism, queer identity, and the AIDS crisis. Other notable artworks our team were lucky enough to see were landscaped by the group of seven, Louise Bourgeoise’s famous Maman and a vast collection of Innuit and First Nation sculptures, prints and paintings.

During the next 3 days, Susanne and Harrie got to work learning about the chemistry, process, and quirks wet-plate collodion photography. The team learnt how to pour, synthesize, expose, and develop tintypes. As is seeming to become tradition, Harrie and Susanne didn’t take long to railroad Paul’s plan for the course and tweak it so everything they needed to learn was catered for. There was hot debate between Paul wanting to ‘feel the light’ to decide expose times and Susanne wanting to use UV and Lux meters to calculate it. The boiling day ended with a refreshing swim across the Ottawa River and our exhausted team eating pickle flavour hummus and jerky in their hotel room. The weather wasn’t on their side on day two, so the workshop took place in Paul’s converted Ford dark room van to experiment with making plates using synthetic lighting conditions. Exposure times were far greater, and this was a brilliant opportunity to keep up the ‘feel the light’ VS ‘calculate the light’ debate from the day before. On day three, Harrie and Susanne graduated to working with glass plates, learning how to expose and develop for making negatives, a process essential for their research into Woodburytypes. The day ended with thunder rumbling and a quick tintype portrait of Paul, Harrie and Susanne was taken. The workshop was invaluable, for understanding a key element of the history of Woodburytype and for developing future collaborations with Paul.

The next morning Disruptive Print then pushed down south to Rochester, USA, to explore the Kodak Eastman Museum, revelling in a fantastic collection of photographic equipment and materials, the favourite item being a stereoscopic Daguerreotype of Niagara Falls. The team then headed to visit the Institute of Image Permanence (IPI) at the Rochester Institute of Technology. Harrie and Susanne gave an in-depth show-and-tell presentation of their work and research to the team at the IPI. Afterwards, they were lucky enough to be allowed access to the IPI’s archive of Woodburytypes and Woodbury gravures. From loose unlabelled prints to a complete copy of ‘The Men of Mark’ this was invaluable for understanding the structure, substrate, greyscale tonality and depth of original Woodburytypes.

The team then continued their travels along Lake Ontario, of course stopping to revel at Niagara Falls and the lesser-known Whirlpools of the Niagara Gorge. The team decided to recreate the 1960s typical postcard shot but using their RGB photography method, which resulted in rather trippy imagery.

Harrie and Susanne then had to hotfoot it up to Toronto, for a talk that evening at the InPrint studios. No mean feat when stuck in hours of gridlock on the huge 20-lane motorway, thankfully the team made it to Toronto with just enough time to have some pretzels and a warm beer in the car park before presenting their work. InPrint studios is a small but well-equipped studio where our team had a warm welcome whilst they presented their ‘Madame Yvonde: Life in Full Colour’ talk and show and tell of prints.

Following, Harrie and Susanne headed over to Open Studio, a fantastic artist-run centre dedicated to contemporary print, right in the heart of the city. The group kindly opened their doors and toured their marvellous studios which included an exhibition space, shop, archives, and an impressive range of print facilities. Atop the incredible rooftop terrace, Harrie and Susanne did a show-and-tell presentation of their box of prints in the sunshine. This led to a fascinating and informative talk about different substrates for printing Woodburytypes and gave our team contact to a Japanese paper supplier.

The visit to Open Studios was concluded by a short walk over to OCAD University, the largest university for art, design, and media in Canada. There, they were given a tour of the award-winning campus and the comprehensive print-making departments.

Tuesday morning before flying home there was time for one last museum visit, the Royal Ontario Museum. Here the team made a beeline for the exhibit about First Nations and Inuit Culture. This impressive collection of clothing, drawings, photographs, weaponry, boats, and other clothing was a humbling and eye-opening window into a history never spoken about in the UK. 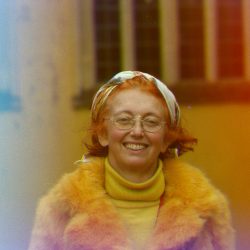 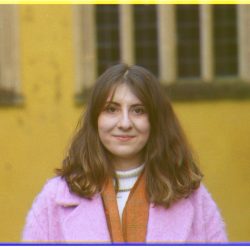