CFPR PhD Researcher Laura-Beth Cowley’s new film ‘Crafty Witch’, which also represents the final collaborative case study created for her PhD study ‘Model, Print, Shoot, Repeat: an investigation into the impact of 3D printing as a tool in the stop-motion animation industries’, has been selected for the Oscar and BAFTA-qualifying festival Encounters in Bristol, UK; Encounters is the UK’s leading short film, animation and virtual reality festival.

The micro-short makes use of 3D printing technology to reflect on the organic and fabricated material they produce. The film also subtly refers to animation craft history, representing both its industrial past as part of the ‘cartoon modern’ movement, the cut-out style of pioneering animators and early trick photography at the dawn of animation and film technology.  The novel comedy short film was developed with local 2D animator Sam Shaw, whose pacing and flair for character design was developed into 3D puppets and animated by hand by Laura-Beth Cowley. The process and techniques used in the film can be seen in the below making-of video. The full film can be seen throughout the month of September as part of the Encounters animation competition screening ‘The Body Politic’. 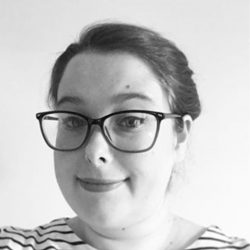