STATE OF PRINT at IMPACT 12

We are excited to announce that STATE OF PRINT (SOP) will be opening the 2022 IMPACT International Printmaking Conference in Bristol with a ‘Twinning Ceremony’, followed by an exhibition/event at the Old Fire Station.

The Ministry of SOP invite you to participate in this new phase in the evolution of the State. An event that further explores the notion of contested spaces – and one that seems all the more poignant in the current climate. 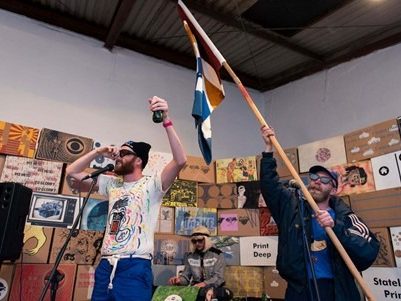 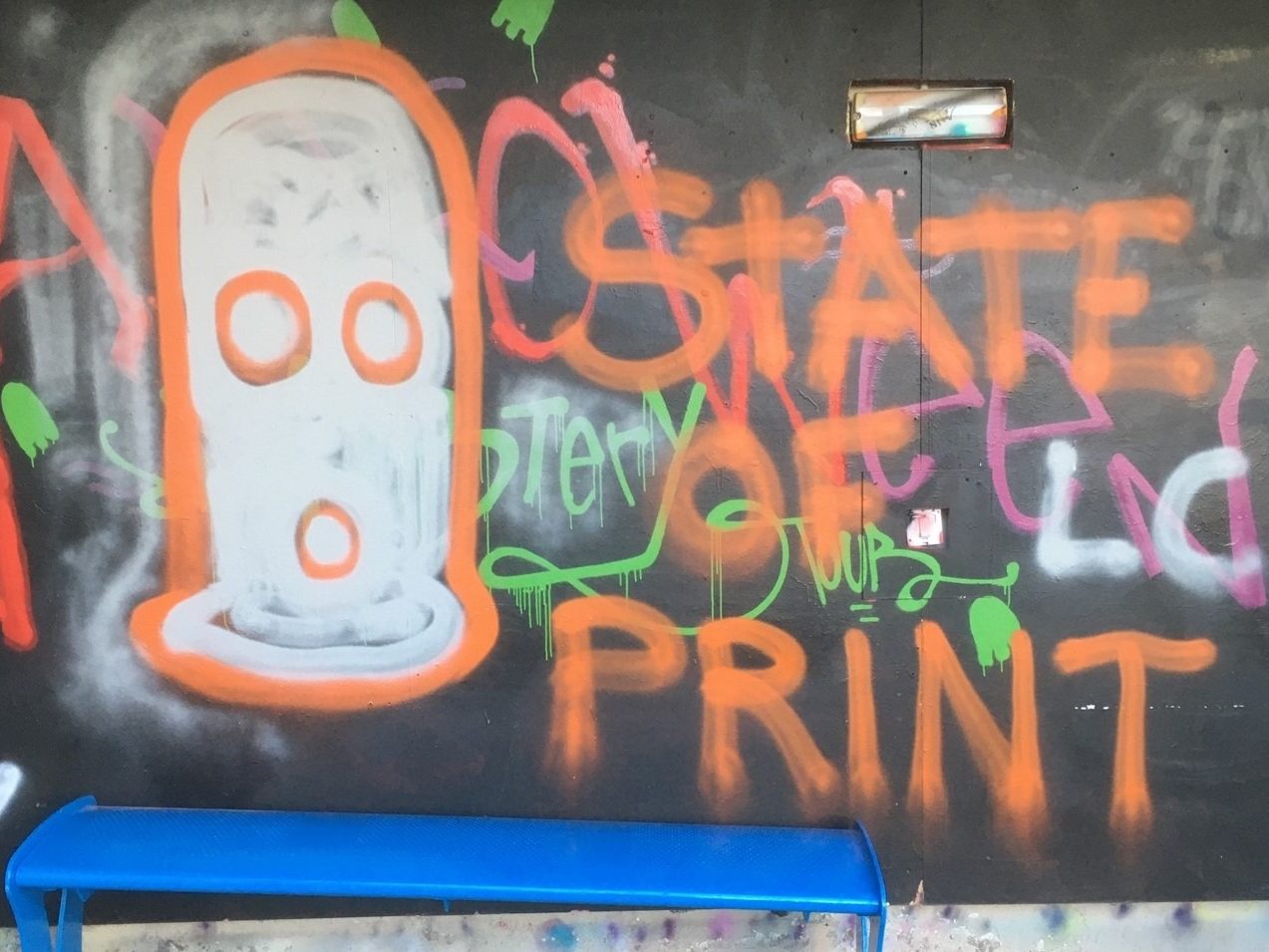 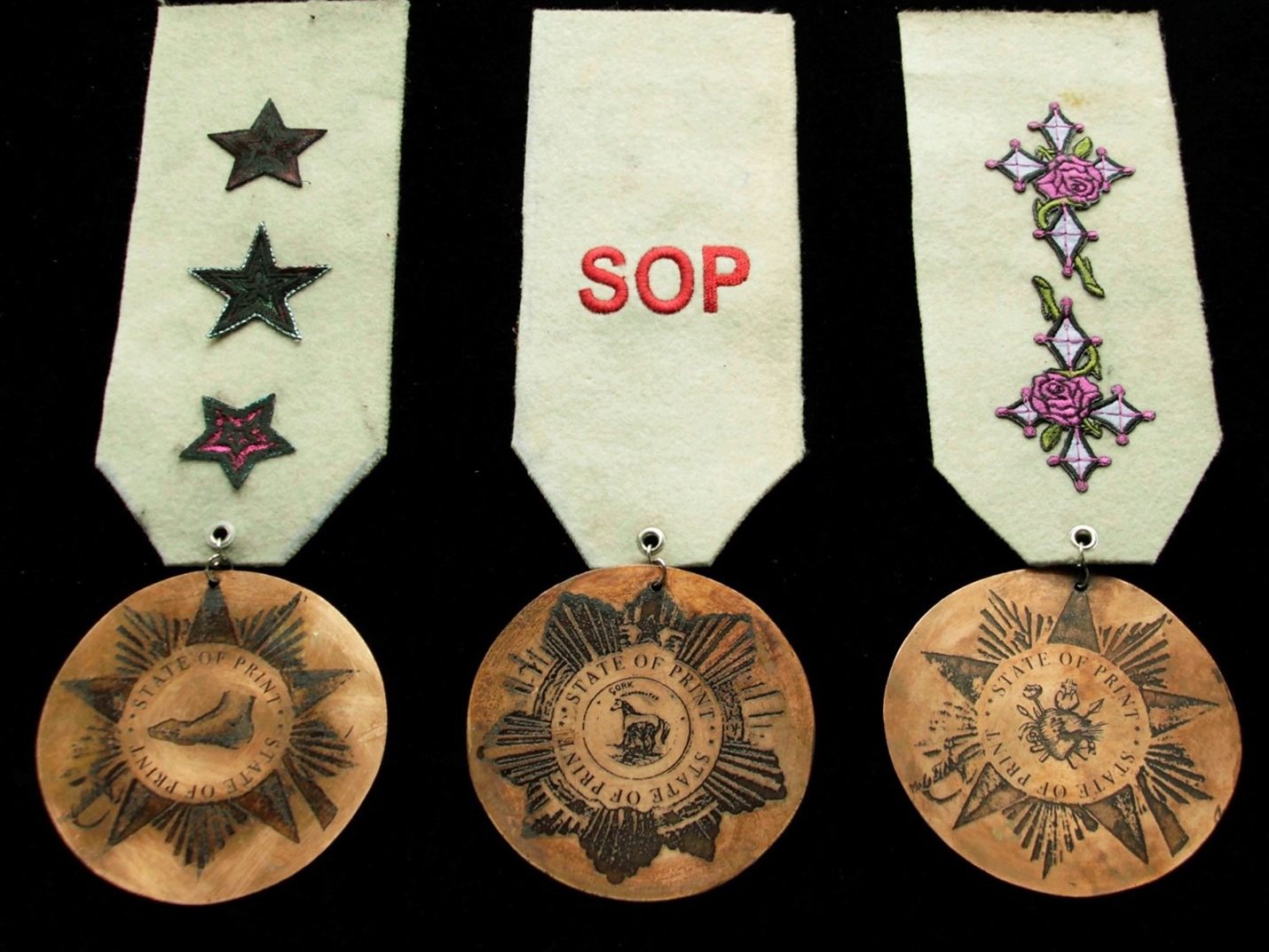 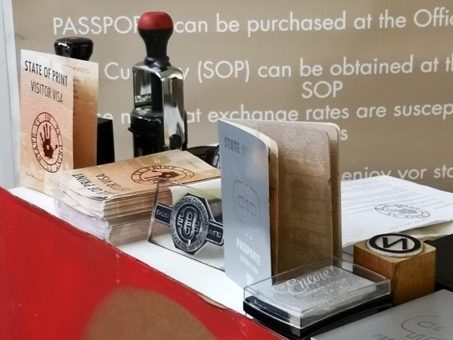 The State Of Print is a proposition; it is an evolving visual declaration initiated by a collective of artists beguiled and amused at the catastrophe of current social and political thinking and the comedy of established systems of governance.

The artists have therefore elected to cast adrift on a nonsense of their own (print)making—a makeshift non-geographical region built upon a fluid statute of ink and a constitutional raft of recycled cardboard. The intention has been to explore the current state of nations through the proposition that everything that formalises a nation state is printed—currency, maps, laws, passports, governance, news and information, cultures, doctrines and communications and so on…

At a time when the current state of nation power globally is inflexible and dogmatic, this project provides a creative and theoretical antidote to the current paradigm.

The State was founded during a residency at the Tyrone Guthrie Centre, Monaghan, Ireland, in October 2016 and has since been manifest in a variety of forms and a series of locations. These have included Dundee, Aberdeen, Santander (Impact 10), Barcelona, Norwich, Preston, Cork, Limerick and most recently, presented online at the Impact 11 Conference, Hong Kong. The state has expanded at each manifestation to incorporate an increasing range of artworks and artefacts produced by the initial founders and an incrementally increasing number of contributing artists who have elected to become citizens of the state – and currently number over 100.

These artefacts include not only the documentary material such as photographs, films, recordings, and reviews of the series of performative events/exhibitions but also the artefacts of the state such as printed currency, passports, flags, maps, ceremonial medals newspapers and public information material. Additional items also include cultural artefacts such as the, National Costume, National Anthem and Eurovision entry as well as games and animations based on state myths. This material is currently being reconfigured and accessioned into the State Archives of the State Museum – to be published in the near future.

More about STATE OF PRINT: