This week we welcome Dr. Simon Scarle, programme leader of the MSc in commercial game development at UWE. Prior to this he was at the University of Warwick, researching motion controlled games for exercise purposes, and the legendary Rare Ltd, working on particle effects systems. As well as this, Simon is also the news editor at the British Origami Magazine (British Origami Society) and has offered to talk with us about the history of origami and why it’s captivated both technical and creative practitioners for so long.

At the start of the 20th century origami was limited to a few dozen simple traditional designs chiefly, used for ceremonial purposes or to entertain children.

By the end of the 20th century there were countless thousands of designs including complex folds of complete cuckoo clocks and scaled dragons, with origami designers having been consulted on the design of satellites by NASA and the manufacturers of air-bags, and MIT Professors writing papers on Computational Origami.

How did an obscure Japanese craft get to be seen as potentially a major source of inspiration for complex engineering and novel meta-materials?

It all starts with the work of a single artist called Akira Yoshizawa, and what his work inspired. 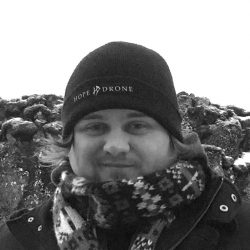